In the tech world, we’re so used to everything moving at rapid speed, solutions coming and going, and the challenges faced by many to keep up with the latest and greatest. So, to hear that a system – the AS/400, now our beloved IBM i – has managed to not only last, but maintain an extensive and passionate user base, for thirty years... we say this calls for a celebration!

Announced on June 21, 1988, the AS/400 was introduced as an easy-to-use computer designed for small and intermediate-sized companies. Now used by millions around the world, there doesn’t seem to be any sign of slowing down the IBM i, as it moves and adapts to constant changes.

To help celebrate, we asked some of our IBM i experts to reflect on their history with the AS/400, IBM i innovation, and where the next 30 years may lead us.

In the winter of 1996, I started my odyssey with IBM and their mid-range system. I can still remember flying from my then home in Pennsylvania to Rochester, Minnesota wondering what in the world is an AS/400 and what had I gotten myself in for!

The single biggest surprise to me, and the fact of the system that so many who don’t work with it miss is: How open the system is. Many outside of the AS/400/System i/IBM i/i community fail to recognize is both the open technologies that the system embraces and how flexible and dare-I-say cutting edge the system is.

My first job with IBM was as the test lead for the AS/400 NetServer project. NetServer is IBM's support of the Server Message Block protocol – this is the protocol that allows Windows systems (and other systems that talk the SMB protocol) to share file and print resources in a peer-to-peer network. While not an open standard per se, support for the SMB protocol opened the system up to a whole range of end-user workstations and facilitated sharing of resources resident on the AS/400.

From there, I moved to the position of test team lead for the enablement of Linux on the same hardware that AS/400 ran on. In those days (and frankly still holds true to this day), users were able to virtualize storage and network from the AS/platform and provide it to Linux instance(s) running in separate Logical Partitions (aka Virtual Machines). While not a direct support of open source solutions within the AS/400, the ability to run Linux on the same hardware platform opened the doors of opportunity for customers to implement open source solutions alongside their AS/400 workloads and benefit from the same performance and reliability.

With the popularity of Linux and open source established, IBM took the bold leap of introducing an open source language onto the platform. By working with Zend, the PHP language was introduced to the platform and quickly embraced by the community as a viable alternative to application modernization. Customers have been using PHP since its first iterations as Zend Core to bring DB2-resident data as well as ILE business logic and artifacts to a larger constituency via web-based applications.

Looking at the future, I see the potential for the growth and adoption of open source on the platform to, quite simply, explode. In recent months, IBM has embraced the delivery of open source languages such as Python, Ruby, and Node.js to the platform. These languages, as well as installation tools and open source compilers and libraries, are all running in the PASE (Portable Application Solution Environment) within the IBM i. IBM has adopted the RPM (RedHat Package Manager) delivery mechanism to both provide a packaging method for these new languages and tools and support repository-based delivery of software. This means the delivery of open source packages on the IBM i is not tied to a specific release schedule for the overall IBM i operating system; however, the software that the packages deliver runs on the same platform as the operating system and therefore, just like PHP, they have the ability to access DB2 data and ILE resources.

My take on the approach that IBM has been taking is that they have opened the doors to open source adoption and, in the coming months and years, we will see a large collection of open source solutions being delivered on the platform. It's likely that customers will start to implement open source software based stacks such as serverless nodes with Node.js as well as containerized solutions with the chroot capability.

Some like to say, this is not your grandfather’s AS/400 – I would maintain that it never was. The AS/400 has always been a cutting-edge system that manages to deliver what customers need/want, when they need/want it, while still maintaining the reliability, availability, and security that customers rely on to keep their data available and secure. 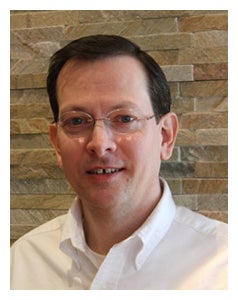 Before working with IBM i customers at Rogue Wave Software, I hadn't worked on an IBM machine since my days at university, on a 4361 (you could get an APL keyboard!). Since then, I'd spent time with Sperrys, Primes, HPs, and DECs. Well, who's still around? IBM, with our reliable friend the AS/400, iSeries, System i, IBM i.

I'll admit I'm a relative newcomer to the platform, but after working many years primarily with Gnu/Linux, a certain Mike Pavlak asked if he could have some help filling a need to work with more and more people using PHP on the IBM i. Mike became my mentor and showed me the ropes. My colleague, Erwin Earley, now continues my deeper education, but I have many people to thank: Rod Flohr of Zend/Rogue Wave, Tony Cairns of IBM, and Alan Seiden, are some I've worked with directly, and others, like Jim Buck, through their books and online materials.

The IBM i has been around for thirty years, a solid platform upon which a whole lot more of this world runs than many people realize. But that happened because of the people behind it, the people who designed and built it, the people who continued to make it more capable of handling ever-increasing workloads and problem domains.

That work continues to this day, and so, we see a shift, a natural passing of the baton. Who else do I learn from now? Kevin Adler, Liam Allan, and a host of people from the younger generation bringing fresh talent, ideas, and capabilities (and open source!) to the IBM i platform. The "old guard" and the "fresh faces" are sharing, learning, and growing together.

What remains is this thread that is the IBM i platform and the community that holds it in such high regard. I'm glad to be a part of that vibrant, tight-knit community; it welcomed me and continues to help me grow.

Looking for more information on IBM i? Our new Guide to PHP and IBM i brings together all our resources on IBM i, including blogs, webinars, white papers, and more. Be sure to check it out!