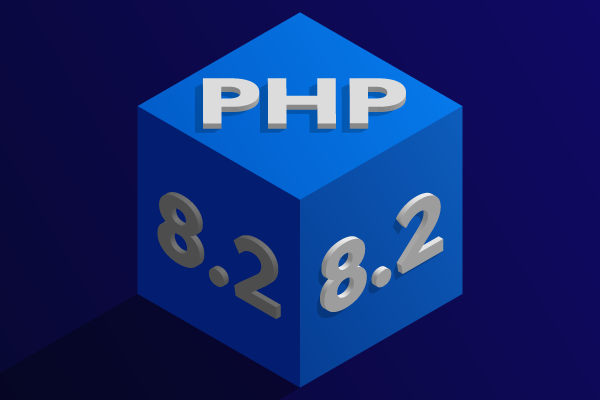 With PHP 8.2 GA coming later this month, PHP teams around the world are considering when, or if, they will upgrade to this latest PHP version.

In this blog, we discuss the upcoming PHP 8.2 release, including the key features, improvements, and deprecations teams can expect.

PHP 8.2, which is currently in its buildup to a general availability release, will mark the 3rd minor release for PHP 8 . At the time of this writing, PHP 8.2 has had three alpha releases, three beta releases, and five release candidates.

HP 8.2 beta releases and release candidates to this point have introduced a number of new features and improvements, as well as some breaking changes and deprecations to watch out for. The full list of changes (through RC 5) is available here: https://github.com/php/php-src/blob/php-8.2.0RC5/NEWS

Readonly properties were added in PHP 8.1, but needed improvements for declaring immutable classes with many properties.  The ability to define readonly classes added in PHP 8.2 allows developers to implicity mark all instance properties of a class as readonly while preventing the creation of dynamic properties.

While random number generators might not be the most exciting feature, this improvement is a great big picture improvement for PHP, because RNGs form the basis for most security features.

PHP 8.2 allows you to combine union and intersection types using notation following Disjunctive Normal Form (DNF). At its most basic, it means describing the allowed types as an OR’d series of ANDs. As an example, if you wanted to accept an object that was stringable and callable, or an object that is countable and traversable, you could write the type description as “(Stringable&callable)|(Countable&Traversable)”.

When debugging an application, it’s possible for a stack trace generated by an exception to reveal sensitive data such as credentials, particularly when the values are received as function arguments. A new feature in PHP 8.2 allows masking those values so that they do not end up in the stack trace.

You can mark a sensitive parameter using an attribute, “#[\SensitiveParameter]”. As an example, if you do not want the password passed to a function to be revealed in the stack trace, you could write your function signature as follows:

Any stack trace generated within that function would note SensitiveParameterValue instead of the actual value, preventing information disclosure.

The previous features are some of the more notable, as they represent significant additions to the language. However, there were quite a number of additional features in this release, including:

Every new PHP minor release brings with it new deprecations and minor functionality changes that can lead to issues when upgrading. The following details what to look out for in PHP 8.2.

Dynamic properties have been the default behavior of PHP classes since they were first introduced to the language; you likely have used them without even realizing that it was a distinct behavior.

Essentially, PHP classes allow you to define arbitrary properties on a class instance without having them declared by the class first. For example, the definition “class Dynamic {}”, when instantiated, allows you to call “$instance->foo = “bar””, which will define a “foo” property with value “bar”, and this will not raise any errors. You can later access the “foo” property, and receive back the value you assigned.

As PHP has moved towards stricter typing and more explicit definitions and specifications, this behavior has come increasingly into question. In addition, many of the changes made to internals to provide features such as opcaching and the JIT compiler makes the usage of dynamic properties increasingly a liability.

As such, as of PHP 8.2, usage of dynamic properties is now deprecated, with the exception of:

f you have a class where usage allows or requires dynamic properties, you will need to start using the “#[\AllowDynamicProperties]” attribute to ensure it remains compatible in future PHP versions.

This pair of functions has been around since very early versions of PHP, and were used to convert strings to UTF-8. However, there’s a little hitch: they only convert from ISO-8859-1 (aka Latin 1 encoding). Many users are unaware of this limitation, and use it to convert from other encodings, which can lead to invalid conversions.

PHP 8.2 deprecates the functions. You can use functions from the iconv, mbstring, or intl extensions to achieve the same results, and, in most cases, get a better range of conversions.

This article on php.watch goes into some detail on how to adapt your code.

PHP has had a variety of syntaxes over the years to denote callables, and maintainers have put a lot of work in over the last several versions to make them more consistent. As of the PHP 8 series, you can generally invoke “$callable(/* parameters */)” on a callable, and expect it to work.

However, in practice, it turns out there are a number of callable patterns that the PHP engine can only resolve if the context is valid where invoked:

As such, PHP 8.2 will now raise a deprecation notice when invoking one of these callable patterns. However, they are still considered valid for purposes of typehints.

If you are using these patterns, use Closure::fromCallable() to create a version bound to the creation context that can be passed around and used everywhere.

Four encodings mbstring has always supported, however, work on raw bytes instead of byte sequences, which leads to unexpected and often invalid conversions. These inlucde the Base64, Quoted-Printable, Uuencode, and HTML Entities encodings.

Starting with PHP 8.2, mb_detect_encoding and mb_convert_encoding will no longer work with these encodings.

If you depended on this functionality, you can adapt your code as follows:

String interpolation is the practice of injecting variable content within a string. The most common way to do this is with double quotes:

Sometimes it’s useful to surround the variable with curly braces, as this can make the variable stand out better, and also allows easier usage of pattern matching to locate such strings:

This style usage derives from other languages (it’s used in shell scripting heavily), but had one particular advantage with PHP: the value inside the curly braces could be an expression, which meant that you could use ternaries, instance methods, or functions.

Many php.ini directives require quantitative values that provide a size (memory usage, file sizes, time intervals, etc.). Prior to PHP 8.2, an incorrect value would be ignored, and the default used. With PHP 8.2, invalid quantitative values will cause a parse warning during startup, notifying administrators that they need to correct the value(s).

Prior to PHP 8.2, when using ksort() with the SORT_REGULAR flag, keys would be sorted such that alphabetical keys appeared before numerical keys. However, this behavior is different than every other sort function in PHP. As such, starting in PHP 8.2, using ksort() with the SORT_REGULAR flag will now result in numerical keys appearing before alphabetical ones.

Prior to PHP 8.2, when using str_split() with an empty string, it would return an array containing a single element, an empty string. The behavior was undocumented, and, largely, unexpected by users. As such, starting in PHP 8.2, this scenario will now result in an empty array.

As noted above, there are a number of backwards incompatible changes that teams will need to watch out for when upgrading or migrating to PHP 8.2.

The PHP ecosystem produces a number of tools that can aid you during such migrations, including:

Zend also provides PHP migration services to assist your organization in its upgrades.

While PHP 8.2 isn’t likely to be a game-changing PHP release, it has added some solid quality of life changes. That said, there are some backwards incompatible changes that teams will need to watch out for when they upgrade or migrate to PHP 8.2.

Stay tuned for updates to this blog once PHP 8.2 reaches general availability later this month!

Need LTS or Migration Services for Your PHP?

Zend can help. Learn more about our LTS options and migration services via the links below.