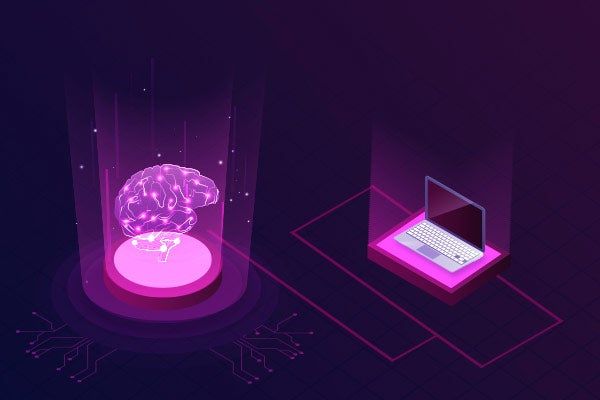 One of the cool things about the enterprise PHP webinar series we conducted is that we could take the pulse of real PHP users and decision makers. This blog details what we learned from the webinar-attendee survey, including their DevOps practices, tools, and team collaboration.

Q1: Which DevOps practices and technologies do you use in your application development and release processes? 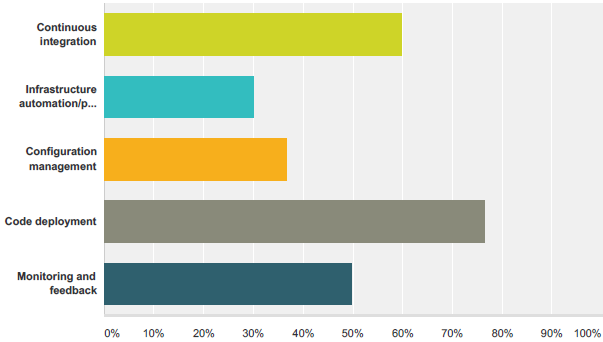 There’s a good mix of practices and technologies used by our audience, a testament to both the effectiveness of DevOps and the relative ease of adopting a variety of tools (more than one answer was allowed). It’s probably safe to say that code deployment was highest as that’s the one activity all teams must perform but we’re hoping the use of infrastructure automation – the ugly backbone of all dev environments – increases by the time we run this survey again.

Q2: How satisfied do you think your business is with the time to release new features or changes to applications? 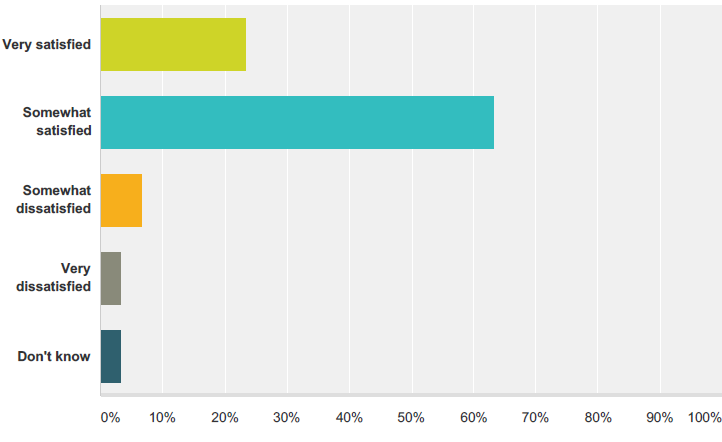 Compared to the same question asked in a recent Forrester Research survey, our PHP-focused audience has done better – 63 percent were “somewhat satisfied” compared to less than half that result in their survey of general infrastructure and operations (I&O) professionals. Given the results from Q1 above, it seems that choosing to embrace DevOps tools and practices has been a success for much of our audience.

Q3: For my organization, team collaboration is: 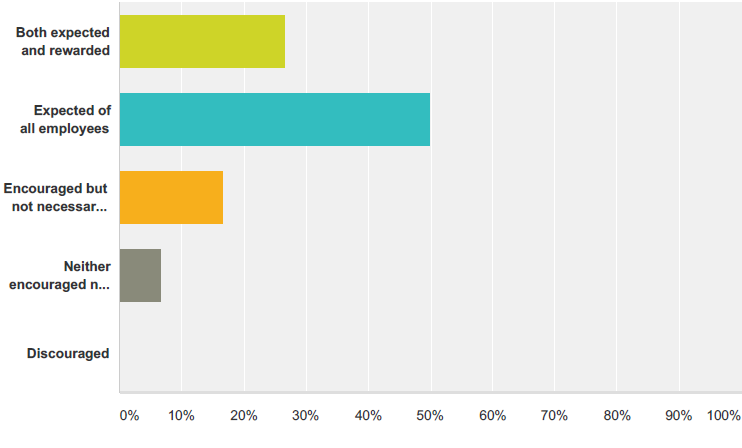 As crucial as practices and technologies are to DevOps success, so is the cultural foundation and human dynamics. We didn’t know how the numbers would fall with this one, given the variety of people in attendance, but the results speak for themselves. Team collaboration is necessary and over 75 percent of you enjoy an environment where it’s expected, at the very least.

Q4: Choose the life cycle stages that are automated in relation to customer-facing business services and applications (across development, testing, and production). 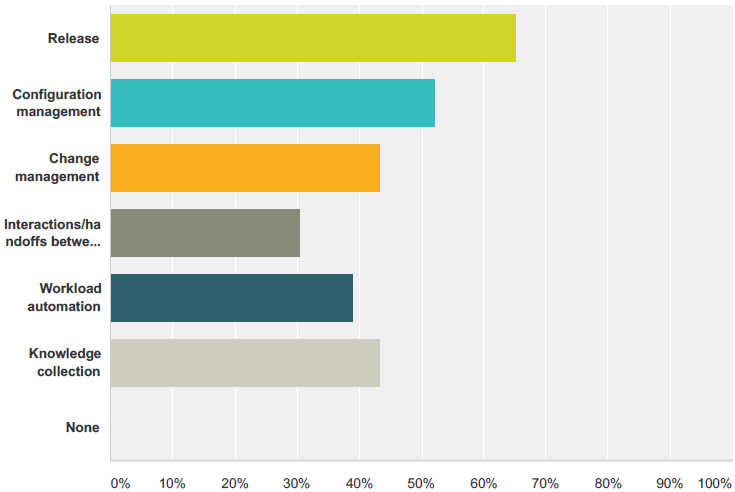 Another way of asking this question was, “how responsive to change are your customer-facing systems?” We actually provided a “None” option here, which no one chose, so it’s encouraging to see that there’s at least some level of automation everywhere. The choice for least popular answer, “Interactions/handoffs between various life cycle stages,” tells us that the glue between systems and tools is still prone to manual steps, which could lead to decreases in efficiency overall (calling Zend Server to the rescue).

Q5: My team can correlate and troubleshoot problems and incidents for applications in production. 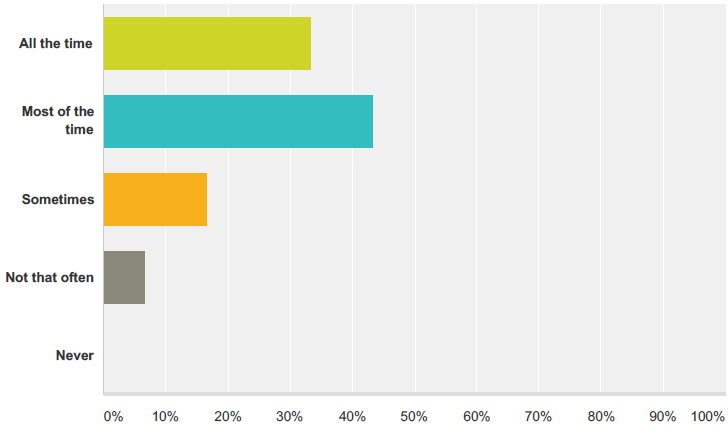 The majority of our audience, over 75 percent, said that they could resolve production incidents the majority of the time. No surprise since this is an enterprise PHP webinar series and, by definition, that means we’re working with mission-critical systems. The deeper dive here would be: how effective is incident troubleshooting? How long does it take to resolve problems?

As discussed in the webinar, only Zend Server with Z-Ray lets you proactively monitor production systems, set alerts, and use any number of built-in troubleshooting features to reduce downtime.

Q6: What has simplified software development the most for you in the past year?

This question was left open-ended to see what our audience would come up with on their own. Around 30 percent of the answers were related to some flavor of tool or framework, such as Bamboo, Git, Docker, and Zend Framework. Some responded with processes, such as test driven development, code reuse, and version control. A small number of people felt that CI/CD and automated testing were top picks.

Why Does DevOps Matter?

With this assessment, we wanted to answer a simple question: what practices, technologies, and level of collaboration foster good release times? It seems pretty clear that DevOps, both in practice and in technology, provides a clear path towards rapid releases. We also learned that strong team relationships are essential. Based on our own experience, this is because DevOps crosses many different disciplines and you can only reach fast releases if everyone is working towards the same goal.

The takeaway for you is, no matter where you are in terms of DevOps maturity, what can you do to take it to the next level?