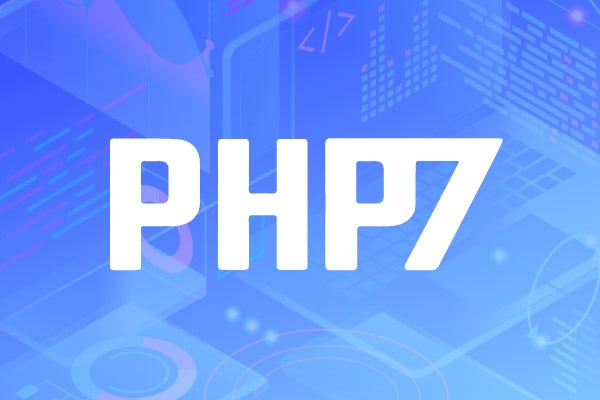 In this article, we look at PHP 7 features, performance comparisons, end of life, major releases, and why the PHP 7 release marked such a big change for PHP.

PHP 7, released to the public in 2015, followed upon the success of PHP 5.6, and delivered new features and significant performance and resource utilization improvements.

PHP 7 introduced dozens of new features, and huge performance boosts for the community. PHP 7 provided the community with a true high-powered language that can compete in the modern space with any other programming language while introducing some features that many considered to be "missing".

The most exciting new features of PHP 7 it is now 2x faster than PHP 5. PHP 7 adds static type hinting, which makes possible many of the tools now available for static analysis and static error detection.

In this example, we've defined a trait called SomeTrait, and a public method called addNumbers(). In order to test this, we need to actually put the trait inside of a class. But rather than defining a class, we can simply use the trait inside an anonymous class! Then we can call the method we want to test and verify that it works.

Most developers are familiar with the concept of type hints when it comes to type hinting on objects and arrays. Type hinting is useful for indicating the object, interface, or presence of an array that we desire. PHP 7 took this to a next level and included the ability to include scalar type hints for strings, integers, Booleans, and floats.

The scope of the changes is vast. and you'll want to consult the manual to ensure you fully understand the changes. In general, PHP will attempt to coerce the type you selected, unless strict typing is turned on. The available type hints (in addition to object class names) are self, array, callable, bool, float, int, and string.

Static type hinting is incredibly useful for enforcing the type of argument you want passed to a particular function, and for validating your intent when working with code. For example, if you permit strings and integers, but do arithmetic on the arguments, that could generate a bug. Enforcing an integer only helps ensure that you're receiving the type that will work with your intended design.

Here we've defined a class that contains a method that returns a string. We know it returns a string because we have defined the return type. If we inadvertently return anything else, say an integer or a boolean, PHP will complain, and an error will be generated.

In general, it's a good idea to return type hint all of your methods as much as you can, and stick with a single return type declaration (using exceptions for events that are out of scope for your method to handle).

In PHP 7, the engine moved to using exceptions under the hood for raising fatal errors. A Throwable class was introduced for exceptions, and all exceptions use the Throwable class to raise their exception. From there, PHP branches exceptions into two categories: errors and the traditional Exception class we've all come to know.

Error is further extended to various types of error like ParseError and TypeError. You can type hint for, and catch, these exceptions as appropriate. Just bear in mind you should generally not catch all exceptions, including parse errors. However, you can catch all errors by catching the Throwable exception interface.

PHP 7 introduced a large number of new syntax features that are incredibly helpful for developers to know and use on a daily basis. This "syntactical sugar" will make development in PHP 7 considerably easier.

Namespaces were introduced in PHP 5.3, and have become popular for the development of PHP applications. There are times when you want to introduce multiple classes from the same namespace. Prior to PHP 7 this was a cumbersome process involving tens or dozens of lines of boilerplate at the beginning of a file. In PHP 7, we received group import statements.

Most of the modern PHP IDE's support the use of group import.

Another bit of sugar added to PHP 7 was the ability to use a null coalescing operator. This operator assigns a variable based on whether or not the first value is null. For example:

The benefit of this is that it shortens the syntax required to check if a value is null and assign something else.

PHP 7 dramatically improves the performance of PHP, in many cases coming close to or even doubling the performance of an application over PHP 5.x. This performance enhancement is possible due to the tremendous work of the PHP core team, specifically in their rewrite of the underlying components of PHP to make them faster. Each incremental release of PHP 7 provides further boosts in performance over PHP 7.0.

The benchmarks were also confirmed with larger enterprise applications. When the Tumblr team rolled out PHP 7, they experienced a latency drop of 50 percent, and their CPU load decreased at least 50 percent, often more.

Want to learn more about the latest  major PHP 7 release? The webinar below does a quick dive on the new features and performance improvements in PHP 7.4.

Looking for further reading on other PHP versions? These articles are a great place to start:

Get Long Term Support for PHP 7