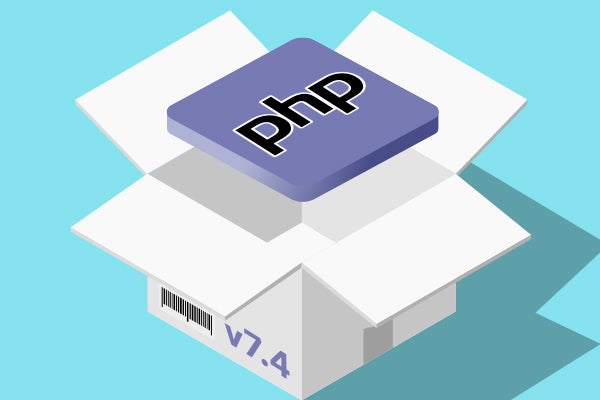 With every new PHP release we can usually expect a small performance increase, and this one seems to be no exception. This newest version also provides capabilities that help developers write more concise code. In this blog, we’ll review the key features in PHP 7.4, including:

PHP 7.4 supports syntax improvements including the addition of:

In PHP 7.4, you can write short closures, also known as arrow functions. They provide a shorthand syntax for definingfunctions. Additionally:

For example, here is a snippet of code I wrote with PHP 7.3:

Here’s another example of code written with PHP 7.3, without an arrow function, and with a “use” statement to get $coefficient in the scope of the closure:

This PHP 7.4 code gets the same result using the arrow function – notice that we don’t need a “use” statement, and can access $coefficient directly in the short closure:

The coalescing assign operator in PHP 7.4 can save you time and simplify your code. It assigns the value on the right of the operator to the left parameter, if that parameter’s value is null. Otherwise, the value of the parameter remains the same. One of the most common use cases for this is when you’re importing variables from the super global variables and want to check if the value was passed, otherwise provide a default value.

The following example shows how you can improve code simplicity by comparing like statements written in using releases prior to PHP 7, PHP 7.x releases before PHP 7.4, and PHP 7.4 which uses coalescing assign operators:

It is now possible to use the spread operator in array expressions:

Before PHP 7.4, you would have to write the following to merge arrays together:

With PHP 7.4, you can write the same statement like so:

For example, before PHP 7.4, you would write numbers like this:

Now, with PHP 7.4, you can add numeric literal separators to make the value look like this:

Note that this is an improvement for readability only – the compiler will strip those separators out when compiling the code.

In PHP 7.4, class properties can be typed. Here is an example of how you can used typed properties, private and public, in a class called BankAccount:

Here is an example of a covariant return:

Here is an example of contravariant parameters:

Two new custom object serialization methods are available in PHP 7.4: _serialize() and _unserialize(). These were added on top of the existing _sleep()/_wakeup() and Serializable interface mechanisms.

These two functions were added to solve some issues that both the __sleep()/__wakeup() mechanism and the Serializable interface mechanism had. Consider the following code snippet:

There were also some other issues:

Now consider this code snippet with the new __serialize()/__unserialize() functions:

Notice that instead of calling serialize()/unserialize(), the method directly returns the serialized object in an array, and unserialize() only accepts an array as its argument.

Class preloading gives developers the ability to specify the files that get compiled at PHP startup, which can be useful in many situations, one of which is to preload framework files. However, if these files change, the server must be restarted.

In it, you must call opcache_compile_file(...) or require_once(...) for every file you want cached.

There are a few caveats to class preloading:

The Foreign Function Interface (FFI) API has existed for years in languages Python and LuaJIT. In PHP 7.4, it is a new extension that provides a simpler way to call native functions and access native variables. FFI can be used to include external libraries written in C with relative ease and allows for rapid prototyping without having to write a complete extension.

To use PHP FFI, you need to provide a header (.h) file with the functions that you want to expose through FFI, and then load the shared library that implements them with FFI::load(). Once you do that, functions and data structures defined in the .h and implemented in the shared library become accessible inside your PHP script through the FFI object.

You can learn more about the FFI API in these resources:

Deprecations and Other Language Changes

PHP 7.4 introduces some additional changes that are important to know about. Let’s start with deprecations.

Most, if not all, programming languages use a right-associative ternary operator. However, PHP uses left-associative, which can be confusing for developers. Starting with PHP 7.4, a deprecation warning will result for the following code unless parentheses are used:

In PHP 8, deprecation will become a compile time error.

Here’s a quick summary of the other changes in PHP 7.4: 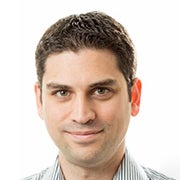