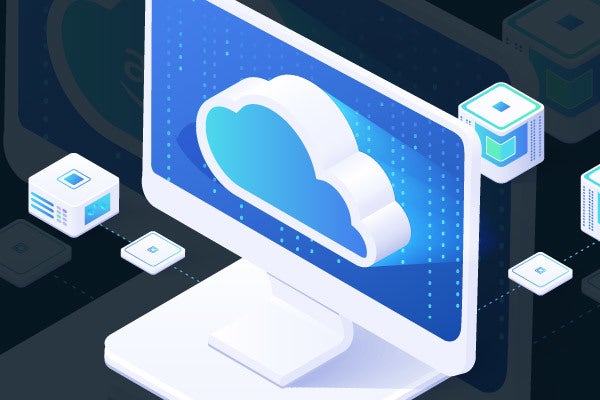 Simply put, orchestration is the process of describing the various resources that make up a computing system.

Well, if the example detailing that orchestration describes complete systems looks familiar to you, even if you don't use every portion of it, then the answer is yes! In fact, the following basic scenario is not uncommon:

Orchestration can help simplify deployment and management of a basic example like that, all the way up to applications with dozens or hundreds of microservices all coordinating with each other. How you handle that orchestration, however, will depend on where you plan to deploy and how.

Orchestration in the Cloud

Over the past fifteen years, we, as PHP developers, have become fairly familiar with enterprise cloud providers, from the venerable Amazon Web Services (AWS), to Microsoft Azure, Google Cloud Platform, and more.

Most of these offer "compute cloud" or "cloud machine" services, which allow launching virtual machine images on their service. Over time, each has provided a marketplace to allow vendors to create ready-to-use machine images that customers can launch and customize to run their own applications.

On AWS, this is the Elastic Compute Cloud (EC2); on Azure, it's their Virtual Machines product; Google has its Compute Engine.

As these evolved, DevOps developed tools like Chef, Puppet, and Ansible to manage their computational clusters. These tools are primarily interested in how to provision an individual machine, but can be coerced into managing clusters.

A newcomer has since become a standard for cloud orchestration in the DevOps ecosystem: Terraform. From its own documentation, "Terraform is a tool for building, changing, and versioning infrastructure safely and efficiently." It is provider agnostic, and has plugins available for provisioning systems like Chef, Puppet, and Ansible; as such, you can continue using what you know, but use Terraform to coordinate between all the resources.

When virtual machines were first commoditized, they were an answer to both production and development needs, as developers could literally develop in the same environment as production. Over time, however, many of us noted that (a) they consumed a LOT of disk storage, particularly if you were using a bunch of them, and (b) the bigger the image, the slower to start.

Linux containers have been around for a long time, but were an arcane solution that was difficult to understand and utilize. In the past five to ten years, Docker arose to make them easier to understand, and, more importantly, build and consume. Docker images, particularly once cached locally, are lightning fast to start, and, because they often can share layers (snapshots of state), tend to use less storage as well. Since they are idempotent in nature, the goal is one service per image, which means you generally need to orchestrate many containers to create a full application or system.

Docker has many different orchestration systems:

The beauty of Docker is in its orchestration capabilities, and it is a fantastic platform both for development (as it provides the same environment as production) and large production applications. The various orchestration tools provide the tools you need to describe, automate, and version your applications.

So, where is all this leading?

Some time ago, ZendPHP, an enterprise, supported, secure PHP for mission-critical applications, launched. This month, new capabilities for ZendPHP are launching, including:

Additionally, there is documented session clustering with ZendPHP using:

The goal is to make PHP orchestration simple, secure, and flexible, allowing it to grow with your application.

Even better? You can try each now, for free, on PHP versions currently receiving support by php.net. Sign up for more details and to start a free trial.